Measuring blood flow inside the brain during migraine attacks 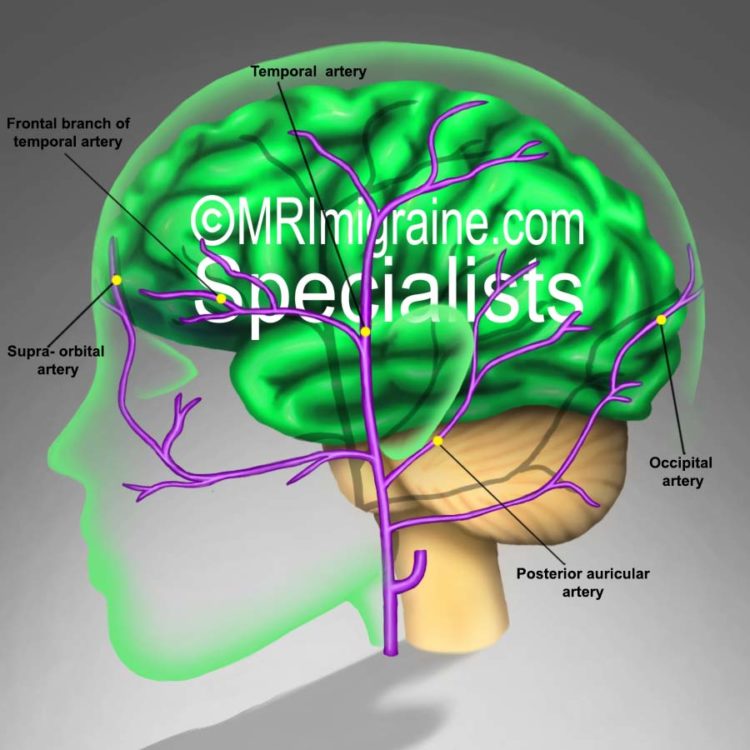 In this study migraine patients inhaled a radio active gas called Xenon 133 to help researchers measure changes if any to the blood flow inside the brain during migraine. Inhaling the radio active gas allows the gas particles to enter the patient’s blood stream. Researchers can then monitor the movement of these radioactive particles as they flow along with the patient’s blood. The movement of these radioactive particles is measured with a CT scanner.

There were significant differences of flow rates between migraines sufferers during the migraine attack and between attacks. A control group of patients that did not suffer with migraine also showed lower flow rates of blood through the sections of the brain that were measured.

Researchers used this method to measure the different affects of two migraine medications, namely ergotamine and codeine. Codeine was seen to reduce the flow in certain areas in the “grey matter” of the brain, and erogotmine was seen to act more towards the base of the brain.

The migraine arteries outside of the brain were also measured and as usual these showed pronounced increases in blood flo closest to the site of the headache and migraine pain.

What makes this study so relevant is that it predates the International Classification of Headache Disorders. A document which has single handedly done more to destroy migraine science and hope for sufferers than anything else.

View the original migraine headache study at this link: Regional cerebral hemodynamics during migraine and cluster headaches measured by the 133Xe Inhalation method

Interesting references on the blood flow during migraine attack:

Determination of Regional Cerebral Blood Flow by Inhalation of 133-Xenon