This is a letter to the editor of the Journal of Clinical Neuro Ophthalmology describing the results of another study. The letters author reports on study in which thirty four out of forty two migraine attacks were aborted by migraine scientist Richard Lipton, by vigorously massaging the migraine arteries that run along the temple.

According to the author Lipton’s technique requires the patient to vigorously massage and block off these arteries with the fingers during the aura phase of the migraine. The aura phase is present only a subsection of migraine patients, and presents as flashing lights and visual disturbances that appear to the migraine sufferer in the the prelude, or as a warning sign that an attack is imminent.

This is another of countless reports in the medical literature confirming involvement of the migraine arteries just under the skin of the scalp in many sufferers. Richard S Lipton is one of the most well known migraine scientists in the world.

View the original migraine treatment study at this link: prevention of classic migraine headache by digital massage of the superficial temporal arteries during visual aura 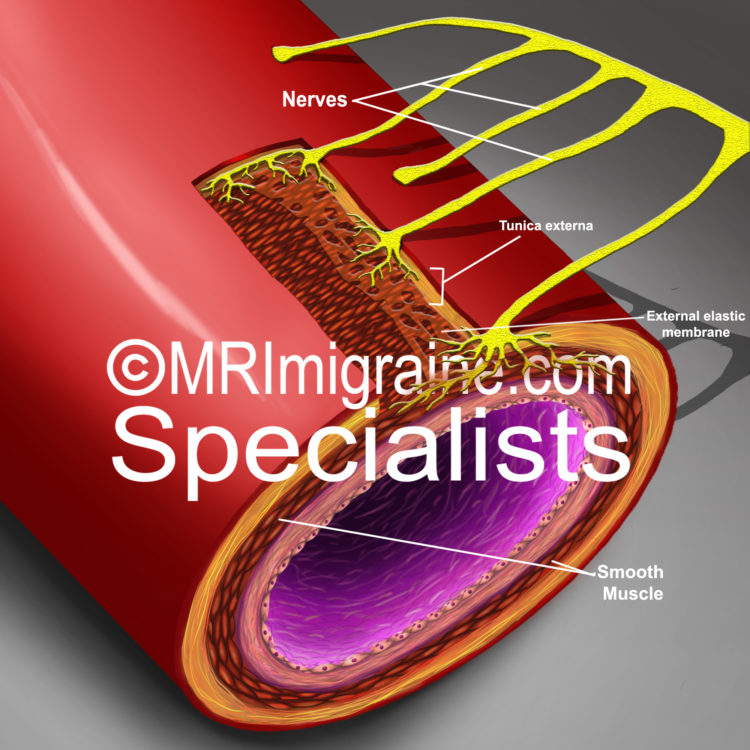 This close up diagram is a cross section of the interaction between the migraine arteries and the nerves that supply those arteries. In chronic migraine sufferers have a richer and more dense supply of these particular nerve fibres which cause a substance known as CGRP to be released. CGRP (calcitonin gene related peptide) is a naturally occurring powerful vasodilator. This is the reason that many of the migraine medications that are most effective in aborting attacks are not pain killers, but vaso constrictors which counteract the action of CGRP released by these migraine nerve fibres.